I once worked with someone who made my life a misery.

I was quite senior, well respected and in general pretty robust, some would even say bad-ass, but around this person I would fall apart.

I would be terrified of making a mistake, saying or doing the wrong thing.

Petrified that they would think I wasn’t up to the job.

Scared shitless about what they would do if somehow they thought I had messed things up.

It was really easy to get on the wrong side of this person, but you only knew you had when they ripped your work to shreds, publicly humiliated you or took you aside and threatened you with something. 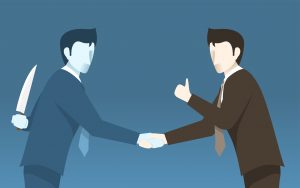 You could have quite a good run, and they could be delightful, generous even. But you always knew that one day they would turn and you were in for it. And that just added to the dread.

For a long time I thought it was me. That I was useless, or doing something wrong. That I brought it on myself. The only mistake I actually made was putting up with their bullying and manipulation for so long.

If someone is bullying you then obviously, you should talk to them, your line manager, HR and anyone else your organisation has in place to support you. You should also follow procedure. But those wheels can grind slowly and I wish had been brave enough to take more decisive action, sooner.

In my case this was a very senior person who had a lot of power. I did it by the book, but raising a grievance and talking to other senior people about the problem just made things worse for me. I was treated like a whingeing nutcase. Nobody believed the threats I received. Nobody believed some of the things that were said and done to me. There was no evidence, there were no witnesses, just my word against theirs.

That’s why I’m sharing tips on how to cope psychologically and some practical action you can take if you’re being bullied or manipulated at work. You may not be able to get the bully to stop, but you can take positive steps to manage your reaction and the effect it has on you.

1. Build a support network of people who value you and treat you with respect. Spend time with the colleagues who think you’re great. Seek out the bosses and senior people who see your potential and understand what you’re capable of. It really helps to be reminded that you’re good at what you do and people like and respect you.

2. Talk to someone sensible, whether a friend, coach or a mentor. I was lucky in that I had a friend at a similar level in a different sector who would help me keep it all in perspective. They could really help me see that how the bully was behaving wasn’t right, acceptable, reasonable or fair and that it definitely wasn’t down to me. Clients tell me that sharing their experiences with me helps them make sense of it and see a way a forward. As always, when you’re in the middle of it you can’t always see the bigger picture on your own.

3. Let it wash over you. The bully is saying and doing whatever they think will get the reaction they want but you don’t have to let them get inside your head. One of my clients was being bullied and when it kicked off, she would think ‘Bully is attacking Sarah* again.’ Using her name instead of ‘me’ immediately allowed her to put a bit of distance between them. I would think ‘This is just a situation I have at work now.’ I was often upset after an incident but I recovered much faster when could keep it in perspective and not let it define me, my career or my overall experience at work..

4. Ask yourself what’s in it for them. Bullies often want to humiliate their victims so that they feel better about some of their own inadequacies. Others act the way they do because it helps them feel that they have control in some way. Clients often say it really helps them to ask themselves what the bully is getting from persecuting and embarrassing them. The person bullying me started losing their power over me once I focused more on their weaknesses rather than mine.

5. Find the humour, if you can. A client told me how one day their bully was ranting at them about something and 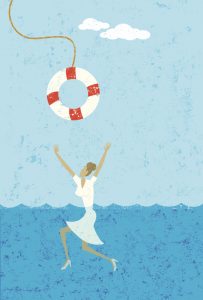 started to look and sound completely ludicrous. Their eyes were popping, and there were lots of exaggerated gestures and dramatic hand waving. Joe* laughed, he just couldn’t help himself, the whole thing was so ridiculous. From that day the bullying lessened. In my personal experience, I would often laugh when telling a friend about the latest drama. In the heat of the moment it was horrible, on reflection it was often ridiculous. Again, I would recover more quickly if I could find something to smile at.

6. Get the hell out of there. Chances are, things won’t improve unless one of you moves on. If it’s a senior person, or someone with a lot of influence or clout that may well have to be you. Come up with an exit strategy and look for a transfer to another department or a move to another company. Of course, nobody should ever be driven out of a role but when situations get very toxic cutting your losses and moving on can be exactly the right thing to do. Use it as a springboard to the next level. You haven’t failed, you’re moving on to somewhere you’ll be appreciated.

Years later the person who had bullied me offered me a job. It sounded great but I refused point blank, I didn’t consider it for a second. They were stunned and asked me why so I told them. They were horrified, or claimed to be. They insisted it wasn’t bullying, it was a robust and challenging management style that made me the person I am. I really did laugh that time.

Bullying is never acceptable, unfortunately it happens. If you would like to talk to me about your experiences, book a slot in my diary here.

*Names have been changed. These experiences have been shared with the permission of the clients.